The TRANSDRIFT VI expedition took place from April 4 to May 13, 1999. Research area was the Laptev Sea off the East Siberian coast. It was the first time that a German-Russian expedition carried out investigations in the Laptev Sea during the winter months. The town of Tiksi, located at the Laptev Sea coast in Yakutia, Sakha Republic, served as base camp for the 25 scientists from Tiksi, Kiel, St. Petersburg, Moscow, Freiberg and Hamburg.

Helicopters took them to the working area c. 300 km north of Tiksi in the Laptev Sea to carry out their interdisciplinary investigations. Temperatures of up to -25°C and strong winds provided severe conditions during the works on the ice.

The object of the studies was the Laptev Sea polynya, an ice-free expanse of the ocean, which is up to 8 km wide and several hundreds of kilometers long. It is located at the edge of the land-fast ice. Large volumes of young ice form at the surface of the polynya, ice that eventually becomes incorporated into the Transpolar Drift Stream.

The research team carried out measurements within the sea ice, in the water column and at the seafloor and took a fair amount of samples. 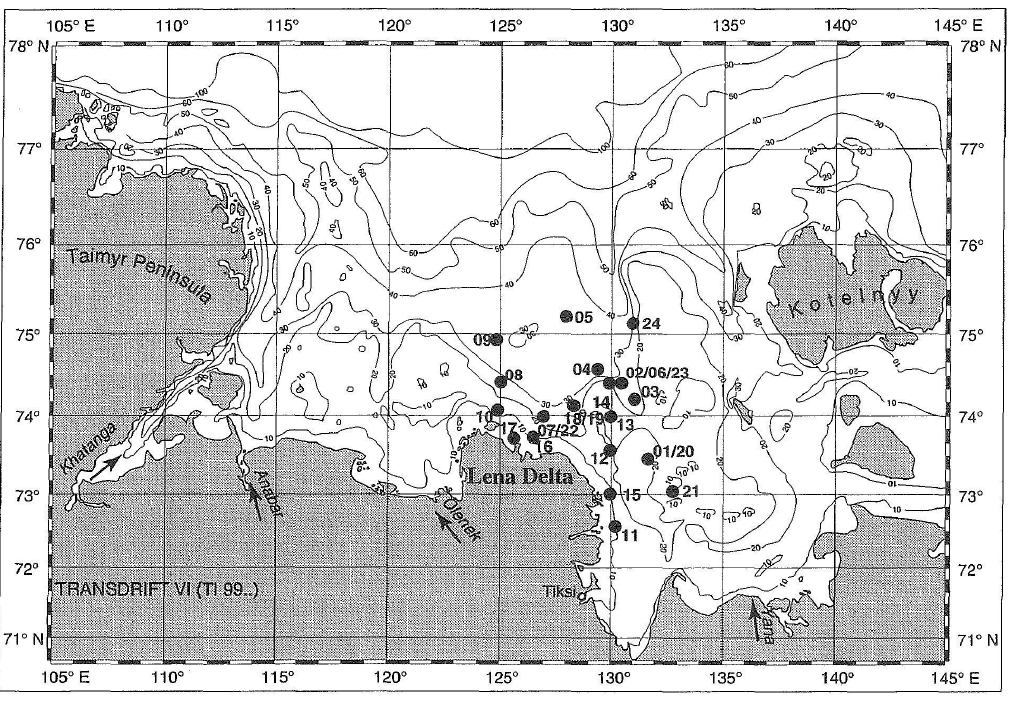